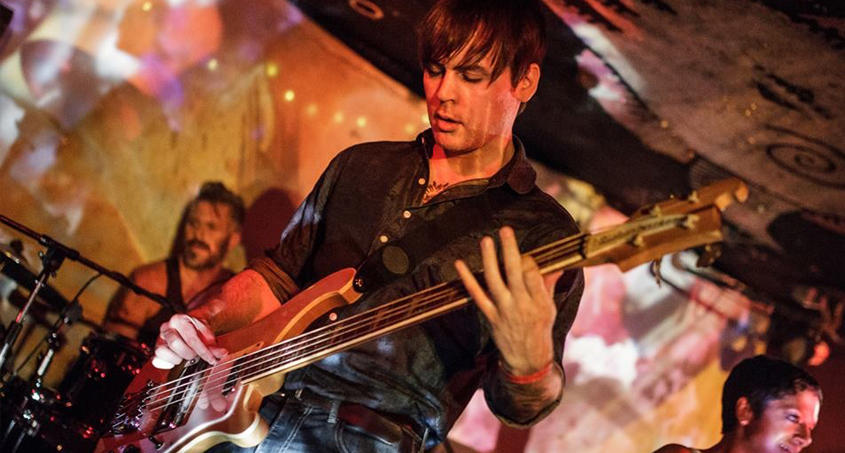 On Friday, April 24, Ronnie Morris, best known in the Canadian music scene as the bass player for controller.controller and Lioness, suffered two massive strokes, in his brain stem and his cerebellum, as well as a double vertebral artery dissection.

Ronnie had actually suffered an initial stroke a week earlier but had not displayed the usual symptoms; he thought he had the flu. After the double dissection and a second stroke, Ronnie collapsed while on the phone with his bandmate. He was transported by ambulance to Brampton Civic Hospital where an emergency CT Scan confirmed that there was a dissection. Ronnie stopped breathing and was put on life support and transported to Trillium Health Centre in Mississauga, where he required immediate emergency neural surgery. Unfortunately, five days later, after making some progress, Ronnie then suffered a further brain stem bleed and needed a second life saving surgery. For three weeks, he fought for his life in the intensive care unit of the hospital.

As of today, Ronnie’s condition is stable and he has been transferred to the acute care unit at the Brampton Civic Hospital. These massive brain injuries caused paralysis on his right side and have affected his ability to speak. The full extent of the damage to other areas of his brain still needs to be examined, but family and friends remain optimistic he can make a full recovery.

Unfortunately, Ontario’s health care system (OHIP) limits post-stroke physiotherapy care for victims between the age of 20-64. At 38 years old, once Ronnie is discharged from the hospital, he will have to find a way to afford months, and potentially, years of rehabilitation equipment, physiotherapy and medication.

Ronnie is a Phd Candidate for History at York University and was set to defend dissertation this term. He was the former Co-President of the Graduate History Department and a popular teaching assistant in British History. He had been on the picket lines earlier this spring with CUPE striking striking against tuition increases for future grad students and current international students.

Ronnie’s friends have launched a funding site, www.ronniemorrisrecovery.com to assist with the post-hospital care he will require. Ronnie’s mother, Rose Mary Morris explains, “people ask why Ronnie’s friends felt it necessary to develop this site to raise funds and awareness about Ronnie’s rehab costs. The most pressing reason is when he gets discharged from hospital; he will receive no further coverage. We are already witnessing first-hand the rush by our Ministry to get Ronnie out of the hospital.”

Lioness and controller.controller manager, Linda Noelle Bush received many requests from people asking how they could help. She explains, “Ronnie is kind, loyal person who has touched so many personally or through his music. We all want money to be the least of his worries. Crowd-funding just seemed like a natural option.” In addition to the funding site, a benefit concert and auction are in the works and are expected to happen later this summer.

For more information on how to donate and for updates on Ronnie’s recovery, go here.

June is Stroke Awareness month, to learn how to recognize the signs of a stroke please visit Heart And Stroke