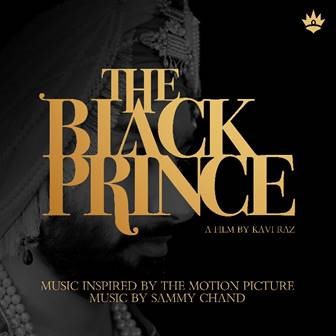 “This album tells the story of The Black Prince through a modern sound with some great artists,” says Sammy Chand. “The collection of artists on this album is a testament to how fascinating the true story and legacy of Maharaja Duleep Singh truly was. Even in its tragic form, there is so much for us to take away from his life.  For me it’s an honor to be involved with this film.”

Tisha Campbell-Martin also appears on a song with Chand called “Don’t Walk Away.”  The song captures the story of Lady Bamba, the wife of the Maharaja, in her plight to hold on to her marriage and her husband from moving on without her, to fight for his kingdom.  The emblematic Sammy Chand sound with Tisha’s beautiful delivery shines on this album, and tells the often forgotten love story among the husband and wife.
The Black Prince – Music Inspired by the Motion Picture