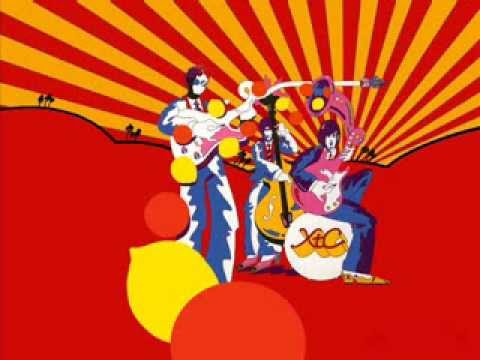 In 1997, XTC’s Andy Partridge enthused to Joe Silva of Consumable Online about his love of bubblegum pop:
Partridge: I think everybody in whatever chosen artform-musician or a writer or a film maker, everyone has at least two faces. Why not get joy out of at least a dozen? So those are all musical styles I feel completely at ease working with. There are a lot that I haven’t got into that I would feel completely at ease working with. Bubblegum music, I think I have a huge debt to bubblegum music.

Silva: Could you name an artist, like just off the top of your head?

Partridge: Oh. just all things like a band named the Equals in England. I don’t know if you ever got to hear them. They were originally two white guys and three black guys and the one black fellow that stood in the middle painted half his body white so there were two and a half of each color in the band. They played these really banal, kind of giddy and exciting youth club kind of things. They had some really huge hits in England but I guess they didn’t come over the Atlantic. They were like bubblegum ska. They were very direct. As soon as you put an Equals record, there was an instant party. People like the Equals.. Oh, who was who did that “Yummy Yummy”? The Ohio Express? Lemon Pipers, although they were sort of at the psychedelic end of bubble gum. “Mellow Yellow” meets a Quick Joey Small or “Mony Mony” meets almost anything by the early Troggs. You know, it transcends or descends below all expectations and thus it comes out in another dimension somewhere. It goes faster than the speed of light ale and bursts through into the banal zone. I have a huge debt to bubblegum music. I love it.