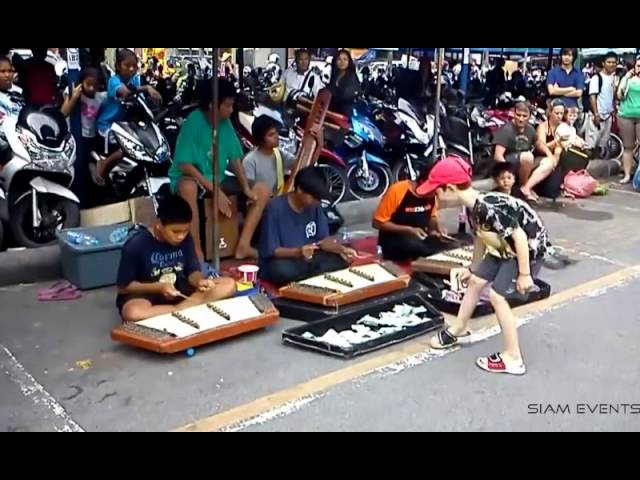 Numb by Linkin Park was the third single from their second studio album, Meteora, and is the thirteenth and final track on the album. The track became one of Linkin Park’s most critically acclaimed songs, as well as one of their most commercially successful, peaking at number 11 on the US Billboard Hot 100 on February 24, 2004, and was also successful in Oceania, peaking at number 10 in Australia and number 13 in New Zealand. “Numb” is also their longest running single in France, spending 23 weeks on the chart, peaking at number 19; it was also successful in Greece, topping the singles chart. However, it only ranked for one week in Italy and on the Belgian Singles Chart.[6] In the UK, the song peaked at #14 and stayed for only 6 weeks on the chart, being less successful than its two preceding singles.

Which might explain how a song like this gets popular and played on the street by kids in Thailand.