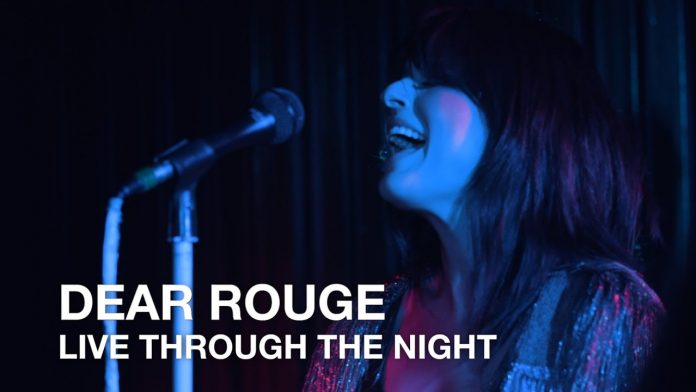 Today, JUNO award-winning Canadian band, Dear Rouge, announce their national headlining tour in support of their sophomore album, PHASES, released this March via Universal Music Canada, the country’s leading music company. Kicking off in Saskatoon on September 27, the PHASES Tour will make 22 stops across Canada and the US. See below for full tour dates.

Dear Rouge have partnered with Plus1 Organization for the PHASES tour. $1 from every ticket sold will go towards saving lives, revitalizing communities, and transforming global health through Partners In Health.

The PHASES tour follows the success of top 10 radio single “Boys & Blondes”, the first single released from PHASES. Quickly added to Spotify’s most prominent playlists including New Music Now and Indie Pop, and Apple Music’s Best of the Week playlists, the lead single broke into top 10 at Canadian radio and is continuing to climb, currently sitting at number six. Dear Rouge has also announced “Live Through The Night” as their next official single at Canadian radio.

Formed in 2012, Vancouver natives Danielle and Drew McTaggart (Dear Rouge) are partners in life and music that channel their energies into honing their sinewy, hook-driven indie rock. Since their debut in 2015 with critically-acclaimed album, Black To Gold, Dear Rouge has become one of Canada’s greatest acts with over 8 million streams globally, a #1 most added single at Canadian Alternative radio and an array of impressive accolades, including a Juno award for “Breakthrough Group of the Year” and the SOCAN Songwriter prize for their single “I Heard I Had”. Dear Rouge has has seen a number of stages and festivals including SXSW, Edgefest, WayHome, Rifflandia, Osheaga, Field Trip and more, and has opened for Phantogram, Arkells and most recently provided direct support for LIGHTS on her North American tour.