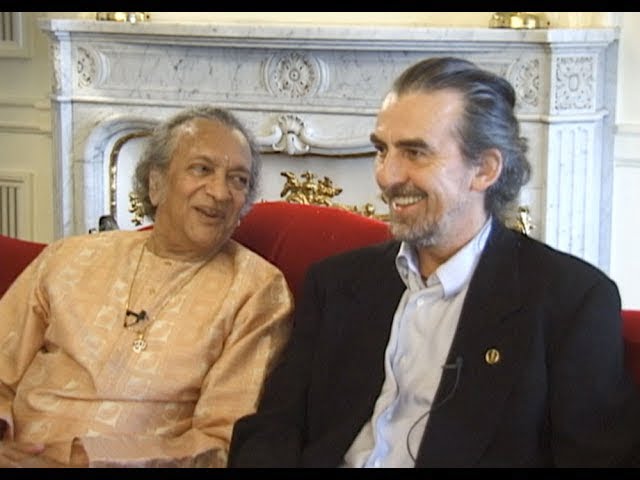 To celebrate this body of music, HariSongs launches today with two reissues in honour of both Ravi Shankar’s birthday (b. 7th April, 1920) and Ali Akbar Khan’s birthday (b. 14th April, 1922) this month. These titles — both recently out-of-print, and never before available via streaming platforms — are the acclaimed Ravi Shankar and Ali Akbar Khan In Concert 1972 and the last collaboration by George Harrison and Ravi Shankar, Chants of India. These digital-only reissues are now available for the first time via streaming outlets, as well as to download (In Concert is also on Hi-Res 96/24 and 192/24 formats).

In Concert 1972 was originally released via Apple Records in 1973, with a statement that read: “Within the small community of Brilliantly Gifted Musicians there exists an even smaller world of Masters. Two of these masters recently joined together in concert …”. The album features two of Indian Classical music’s greatest artists at the height of their powers, the sitar maestro Ravi Shankar and master of the sarod, Ali Akbar Khan. The album captures the live recordings from a performance which took place at New York City’s Philharmonic Hall on October 8, 1972 and was mixed and edited by George Harrison (with Zakir Hussain and Phil McDonald). Featuring tabla accompaniment by the great Alla Rakha, this mesmerising concert comprises three ragas played in the jugalbandi style (or a duet played by two solo musicians) and became a poignant tribute to the guru of both soloists (and the father of Ali Akbar), the great Allauddin Khan, who had died but a month previously.

Chants of India by Ravi Shankar and produced by George Harrison was originally released in 1997 on Angel Records. Recorded in both Madras, India, and Henley-on-Thames, UK, this collaboration was referred to by Shankar as “one of the most difficult challenges in my life, as a composer and arranger”, and draws upon the sacred Sanskrit texts of the Vedas, Upanishads and other scriptures. He added, “the repetitive use of mantras invoke a special power within oneself and I have tried to imbibe this age-old tradition in this recording… into which I have poured my heart and soul”.

Chants of India
All songs are traditional, arranged by Ravi Shankar, except where indicated.