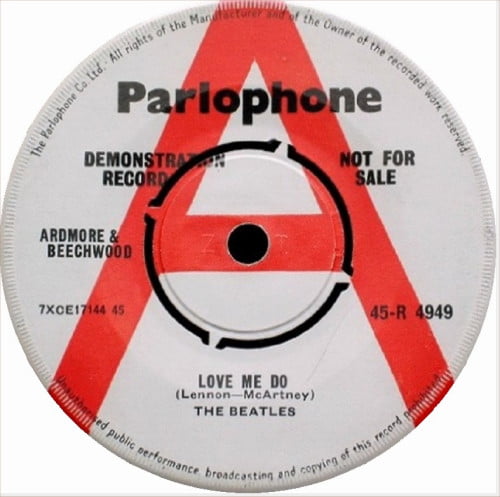 A second copy of The Beatles first demonstration single for Parlophone Love Me Do has been officially confirmed as sold through Discogs for $10,553.00US. Released on October 5, 1962, this is one of only 250 issued with McCartney (McArtney) incorrectly spelled in the writing credit. In October 2017, this same variant of Love Me Do broke the record for most expensive 7″ sold going for $14,757.00US.