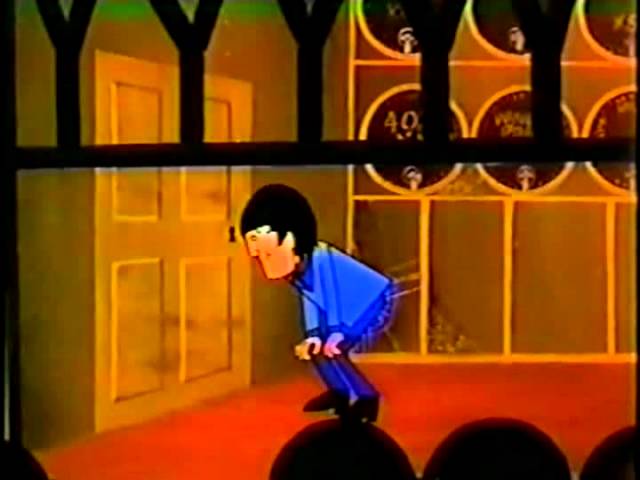 The Beatles is an American animated television series featuring representations of the popular British rock band of the same name. It was originally broadcast from 1965 to 1969 on ABC in the U.S. (only 1965 to 1967 was first run; later seasons were repeats). The series debuted on September 25, 1965 and new episodes ended on October 21, 1967. A total of 39 episodes were produced. The series was shown on Saturday mornings at 10:30 AM EST until the 1967 third season when it was moved to 12:00 PM EST. For the 1968-69 fourth season, which consisted of repeats, the series was shown at 9:30 AM EST on Sunday mornings. Each episode has a name of a Beatles song, so the story is based on its lyrics and it is also played at some time in the episode. The original series was rebroadcast in syndication by MTV in 1986 and 1987 and on the Disney Channel beginning in 1989 on Fridays at 5 PM. The series was a historical milestone as the first weekly television series to feature animated versions of real, living people.

This is from episode 19: From Me To You / Boys*: In Hawaii, a surfer named Surf Wolf challenges George to a surfing duel; The Beatles participate in a Mr. Hollywood Contest in California, and sees the cartoon group singing Please Mr. Postman and I Saw Her Standing There.