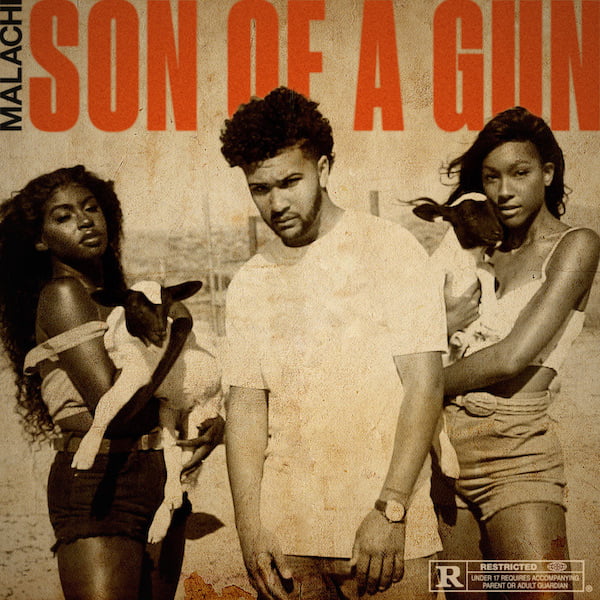 Toronto-based artist, MALACHI today releases his new single and official music video, “Son of a Gun” via 21 Entertainment/Universal Music Canada/Republic Records. Penned by MALACHI with production by KidThePro [Locals Only Sound], the track is the first official release off his forthcoming mixtape, Bread Winner, slated for release later this year.

“On ‘Son Of A Gun’ I’m just more in tune with my frustrations,” says MALACHI. “We had fun with that in the video, playing off the western theme and the juxtaposition of a serene, deserted ranch for the setting of a hip hop video.”

Filmed in the relaxed, sandy plain backdrop of rural California, the picturesque video follows MALACHI and KidThePro through the desert as they encounter a secluded ranch. Directed by Tyler Macey, the video perfectly captures the raw energy of MALACHI’s performance.

“Son of a Gun” arrives as a follow up to MALACHI’s earlier 2019 releases, “We Don’t Mind” and “San Fernando Wine”, as well as his debut single, “Right Now”.

Growing up on the outskirts of Toronto, 21-year-old rising artist MALACHI, spent his childhood surrounded by music of all kinds. From his Trinidadian-born father’s reggae career to his mother’s favourite R&B singers like Mary J. Blige, Aaliyah and Destiny’s Child, music was always part of his environment. MALACHI began actively participating in music when his grandmother had him join her church’s gospel choir at the age of 4. Over the last three years the emerging artist has been in the studio bringing his songwriting to life. Now, he’s ready to release the outpouring of creativity and share it with the world.