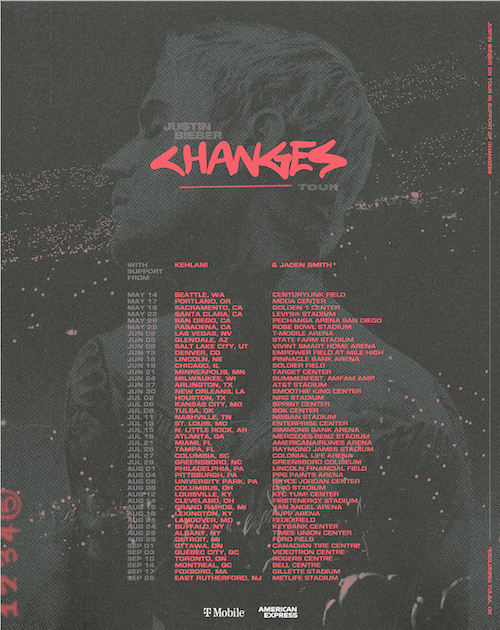 Grammy Award-winning global superstar Justin Bieber, announced today his 5th studio album CHANGES will arrive February 14th, along with the official public on-sale for tickets to the Changes Tour, presented by T-Mobile with special guests Kehlani and Jaden Smith. The tour, promoted by AEG Presents, kicks off in Seattle at the CenturyLink Field on Thursday, May 14. Tickets for the tour go on sale to the general public beginning Friday, February 14th at Noon local time at justinbiebermusic.com.

CHANGES – already receiving early buzz as “futuristic R&B/pop,” “trap-soul jams,” and “a new vocal plateau” – is available now for pre-order/presave with the new track “Get Me” featuring Kehlani, and will be released to all DSP partners on February 14. Special collectors-edition CD’s will be available at Target, where each CD will contain one of two exclusive fold-out posters. 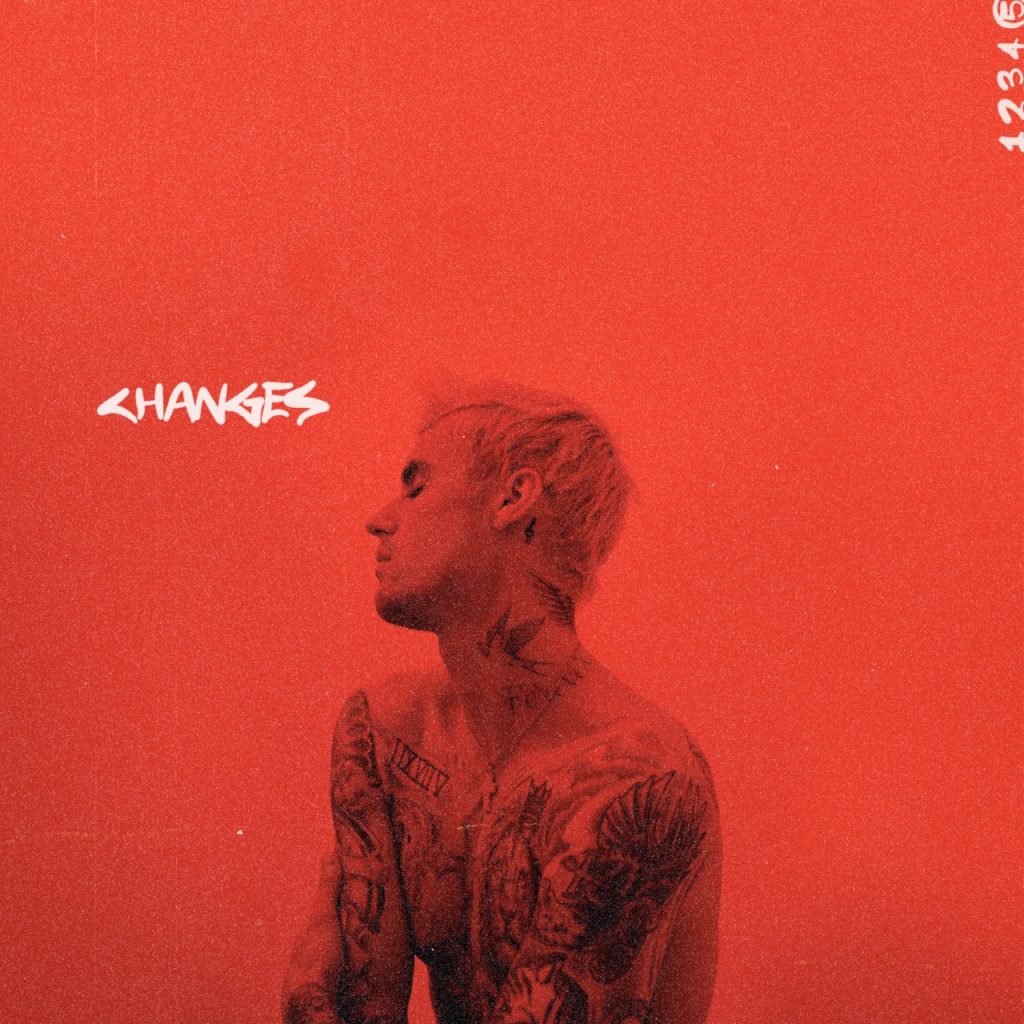 As the official wireless partner for the Changes Tour, T-Mobile and Justin Bieber continue their successful partnership, forged in 2017 with their #UnlimitedMoves Super Bowl campaign. T-Mobile customers can get access to stage-front tickets at every U.S. tour stop, even the sold-out shows! Un-carrier customers can snag their Reserved Tickets starting 30 days prior to each show at first day prices – just another way T-Mobile thanks its customers simply for being customers.

Fans will have several opportunities to purchase tickets for the Changes Tour in advance of the February 14th public on-sale.

A limited number of exclusive VIP Packages will also be available starting January 30th at 10am. These exceptional offers can include an amazing selection of reserved seated tickets, custom merchandise and much more.

Additionally, $1.00 from each ticket purchased will be donated to the Bieber Foundation which is committed to supporting mental health wellness.

In step with the premiere of the “Justin Bieber: Seasons” YouTube Originals docuseries, Justin is once again ruling the airwaves and dominating the charts.  He made radio history when his new single “Yummy” netted the highest number of official adds ever in a debut week. The track has now surged to over 300 million streams globally.

Over the course of his career, Bieber has amassed over 50 billion streams and over 60 million album equivalent sales worldwide. Justin’s Grammy Award®–winning 2015 album Purpose has sold over 21 million copies worldwide. The Purpose Tour sold out 64 U.S. and 52 international tour dates, thrilling fans around the world with Justin’s dynamic, must-see live performance.