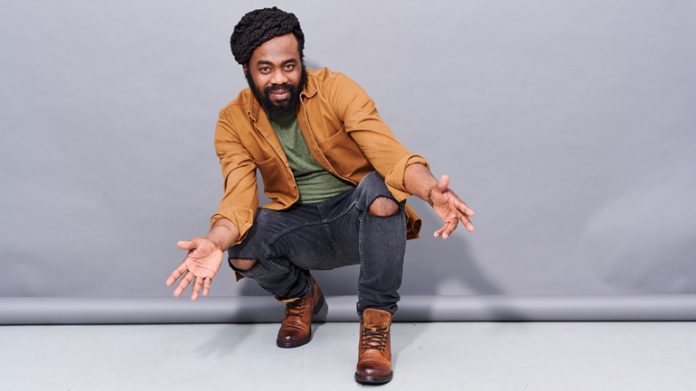 For Exco Levi (also known as the King of Reggae in Canada), Black History Month is an important calendared reminder to reflect on the struggles and triumphs of Black communities. But where Black History Month really comes to life is at community cultural events that pay tribute to leaders while educating others about their stories, says Levi.

“We remember to celebrate Black History Month each February, but events, like celebrating roots music during Reggae Music Month, or the accomplishments of the Trinidadian or Jamaican community for example—it’s these types of gatherings where we share positive messaging about our culture, no matter the date. It’s where we continue to share love and inclusivity,” said Levi, who is a five-time Juno Award winner.

“These gatherings are the moment to pause and to celebrate our cultural pioneers as much as we do the young people making a difference today.”

Much of the power to educate, to celebrate diversity, and to honour these communities, says Levi, can be harnessed by using music as a tool.

“If you want people to connect to something greater, regardless of language or where you come from, you teach and lead through music,” said Levi. “Children understand it before they can speak. They connect to the music. So I believe artists have a responsibility to use it to encourage diversity and spread love.”

Now in its 10th year, Levi will be one of many performers at the 2020 TD Black History Month Series, sponsored by the Bank. The focus of this year’s Series—during which TD will sponsor more than 90 events celebrating music, arts and culture across Canada—is to provide a platform for black leaders and artists to share their personal perspectives about progress achieved to date to help build more inclusive communities. At this year’s Series, the Jamaican-born Levi will be headlining a show in February titled, ‘A Tribute to the Legends of Reggae,’ honouring some of the greatest in reggae music.

A new home that was far from familiar

When Levi moved from Jamaica to the Greater Toronto Area in 2005 to advance his music career, he didn’t know if his new home would be accepting of who he was. He also realized that he would have to adjust to a starkly different landscape.

“I moved to Jane Street and Steeles Avenue into a fifteen-story apartment building,” said Levi. “I could see the CN Tower and all these skyscrapers, I’d never been so high. When you come from the country, the bush, when you’re used to nature—it was a polarizing landscape.”

For a dose of familiarity, a friend brought Levi to a West Indian neighbourhood. Amongst familiar foods and music, Levi got a sense that Canada was a special place. Spending time in Toronto’s Kensington Market, close to Toronto’s Chinatown, only deepened the feeling.

The world in one place

“I was able to see the world in one place. To see how beautiful Toronto’s multicultural landscape is. Seeing yourself in your community is important,” said Levi. “Each Toronto neighbourhood embodies a distinct culture. It begins to truly shape who you are as a collective and inspires my music. This music is about songs of liberation and unification.”

During his early days in Toronto 15-years ago, Levi would watch the Juno Awards. He never dreamt that he would one day walk across that stage.

A year-round commitment to culture and inclusivity

Through its commitment to helping to build more inclusive communities via the TD Ready Commitment, TD supports a number of year-round programs and events that help lend support to the Bank’s core values of diversity and inclusion.

One organization of note is The Remix Project, a non-profit TD has supported for more than 10 years that works to level the playing field in various art disciplines for young people from underserved communities. Their mission is simple; help refine the raw talents of young people through workshops and mentorship programs to help them find success on their own terms. The bank also recently committed to additional funding for the organization for the next three years.

The importance of different perspectives

One student of The Remix Project, up-and-coming director and filmmaker Nathan Burland, whose film spurred meaningful conversation during a panel discussion at the January 27th TD 2020 Black History Month Series kick off, says his film ROYAL is an inside look at the consequences of stereotyping Black men.

The short film is a coming of age story of a young man who is at a crossroads in his life. When his mother refuses to watch her son fall victim to his surroundings, his choices are to either follow a life of crime or make family and community his focus, and the decisions he needs to make around his future are intensified.

“I believe ROYAL will spur a new conversation, one focused on dispelling deeply-held biases and empowering viewers to get involved in their community and own their future,” said Burland.

Join us at one of over 90 events celebrating Black History Month as we work toward helping to build a more inclusive tomorrow. To participate in an event near you or for cultural, community and musical celebrations beyond the month of February, visit the TD Black History Month events listings.