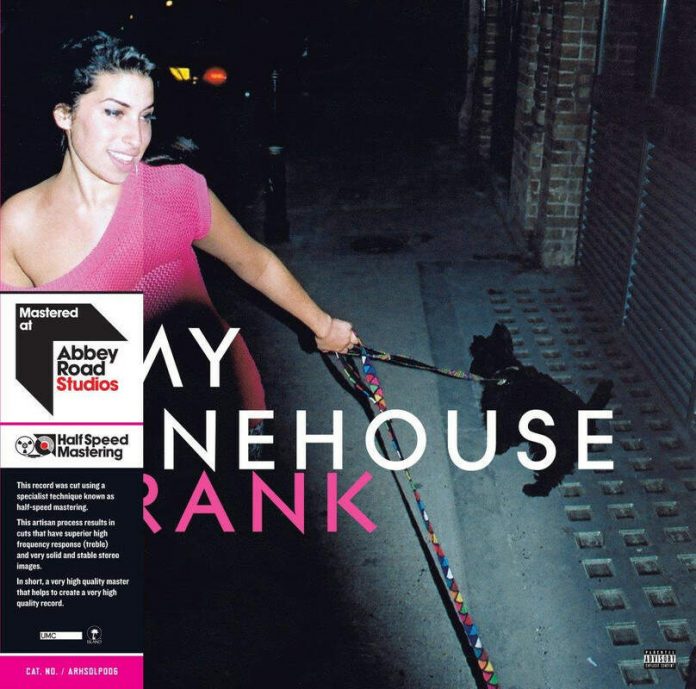 Frank, the critically acclaimed, million selling debut album by Amy Winehouse, originally released on October 20th 2003, will be released as a double vinyl half speed master on September 4 via UMC/Universal Music Canada, the country’s leading music company. The album which introduced the then 20-year old Londoner to the world and went on to be certified triple platinum in the UK, features the Ivor Novello Award winning single ‘Stronger Than Me’, as well as further singles Take The Box, In My Bed and F**k Me Pumps.

Half Speed Mastering is an artisan technique offered by Abbey Road Studios, that results in the very highest quality sound reproduction. UMC have created a range of bespoke vinyl pressings of iconic albums utilizing this process and have carefully selected Frank to be a part of the series.

Heavyweight vinyl and the highest specification packaging come as standard to create a thoroughly bespoke vinyl experience that, most importantly, provides a sound quality superior to anything else currently available. The package includes a certificate of authenticity from Abbey Road and a branded obi strip.

Track Listing:
Side A
Stronger Than Me
You Sent Me Flying (Cherry)
Know You Now

Side C
Take The Box
October Song
What Is It About Men?
Help Yourself