The pop star who is best known for her out-of-this-world red carpet outfits has also given us some of the catchiest songs of this generation. Lady Gaga never ceases to drop dazzling hit singles, each one surprising and delighting her fans in some new unique way. However, it would be outrageous to talk about Gaga without mentioning the many music videos that compliment her work. There’s no other artist that quite knows how to put on such a great show, so it makes sense that she has over thirty videos with extensive work and detail put into each one. Let’s take a look at some of the most memorable. 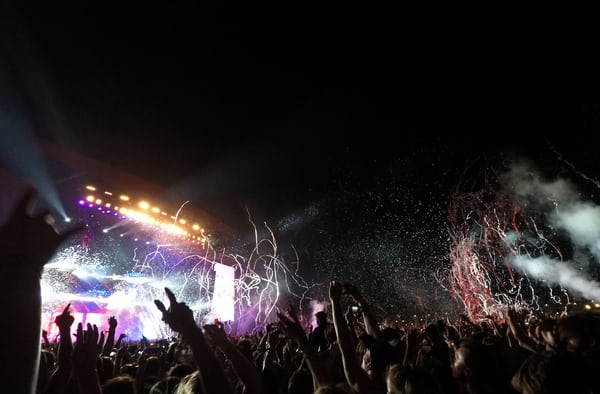 ‘Poker Face’ will go down in Gaga history as one of the singer’s most popular and recognizable songs, and the music video which accompanied its release is undoubtedly owed a huge part of the credit. Adding it to the ranks as one of many great hits that mentions the strategic game in a meaningful way, the song was the world’s best-selling single of 2009.

The lyrics can be summed up as Gaga boasting to the world about others being unable to read her poker face, making it clear that she has mastered the expression’s hidden truth. The catchy, repetitive chorus that we all know and love: “Can’t read my, can’t read my/ No, he can’t read my poker face” will forever be etched into our brains. The hit’s music video was the third of the singer’s career, filmed at a gorgeous mansion in Malibu. Featuring incredible examples of choreography, wardrobe styling, and overall glamour, the video positioned the singer as the superstar of the moment. Even 11 years later, it’s impossible not to dance while watching it.

The music video for Gaga’s last single on her album “The Fame” was a seven-minute long mini film, and also one of the first videos that used YouTube to create marketing buzz. Without MTV’s censorship, the singer’s creative liberties were unconstrained, and she took full advantage of that. In various interviews since its release, Lady Gaga has said that there are many interpretations of the video but mostly she created it to focus on the lengths people are willing to go to for fame. Oh, and you can’t forget True Blood actor Alexander Skarsgard’s notable appearance.

A Gaga favorite much like ‘Poker Face’, ‘Telephone’ follows up the story that was left behind in ‘Paparazzi’ when the singer murders her boyfriend, (played by Alexander Skarsgard). This video is special for many reasons, but watching Beyonce AKA “Honey Bee” break Gaga out of prison is one of the best storylines that any 10-minute video could have. Following a similar theme of violence and with inspiration taken from the famous director Quentin Tarantino, the video combines crazy costumes and dancing to create a signature Gaga production.

Following a similar long-form video format, Gaga delivers yet another jaw-dropping performance with her 2011 release, ‘Born this Way’. It may just be the singer’s most intricate video to date because of its unique storyline in which a new race of humanity is born into the world. Gaga herself gives birth in this video, following her extremely crazy and “out-there” themes. The hair/makeup and costumes make it iconic in typical Gaga fashion.

There’s no other Lady Gaga video that incorporates all elements of the singer’s talent into one production. Released in 2009 under Gaga’s second studio album “The Fame Monster,” ‘Bad Romance’ combined beautiful acting, incredible choreography, and an impactful plot to create an unforgettable five-minute work of art. Not to mention that skeleton scene wrapping everything up. Simply masterful.

Gaga is already making waves with her latest studio album, “Chromatica” released earlier this year.” Videos for the album, that feature famous names in the music industry like Elton John and Ariana Grande, was curiously shot entirely on a iPhone 11 Pro. 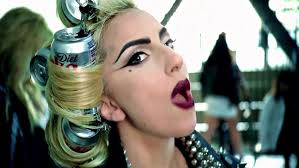 The superstar, no stranger to the stage, has embarked on a total of five concert world tours throughout her career