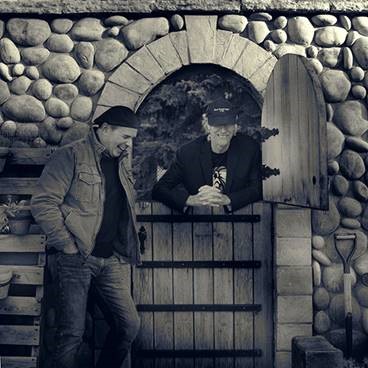 Four months after the release of their debut EP of the same name, Albertan musicians Al Brant and Dennis Meneely, have released their latest single, “Coming Days,” under the moniker Meneely Brant.

The four-minute, 20 second-spanning rock tune is driven by Dennis’s fantastic and inventive piano playing as well as an infectious vocal track by Al — which is complimented and layered with beautiful harmonies by Samantha King. On top of these key sonic elements, there’s an incredibly emotional and melodic guitar solo right at the end which makes for a fitting grand finale.

As members of Tacoy Ryde, one of Canada’s finest jam bands, their combined talents have been important components wherever they’ve been on display as members of various ensembles or special projects.

However, it is their long association in Tacoy Ryde that has acted as the catalyst and launching point for the Coming Days project.

Coming Days — the EP — dropped last November and features the songs “Just an Illusion,” “This Time for Sure,” “Unexpected,” “End of the Line” and of course, the groovy title track. The record was recorded at Danlyn Studios in Sherwood Park, Alberta.

The collection is composed of songs built on strong melodic and harmonic structures, intelligent and thoughtful lyrics, and tasty and top-drawer vocal and instrumental performances. The two speak highly of each other’s writing styles, saying that there’s an almost “telepathic understanding” of where the other will/wants to go in the middle of the writing process.

“I’ve always gravitated towards rock and roll and that’s evident here,” says Brant of the EP. Complimenting those words, Meneely said: “We’re carrying this torch for fusion rock … but that’s just who we are.”