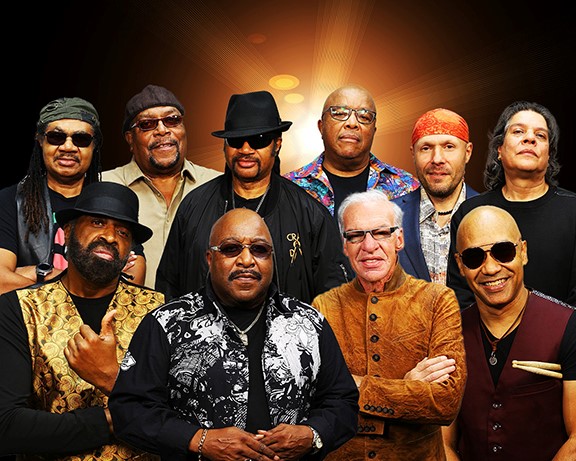 Canadian funk legends Crack of Dawn touch on that unmistakable, indescribable feeling of being in love with this, their funk-tastic, swanky new single, “Gotta Find A Way.”

Featuring the same signature velvet-funk tones that have made them Canada’s most celebrated soul act for 40 years and running, this latest delivery from Crack of Dawn teems with that craft so finely tuned, it still has audiences moving the seat of their pants.

In a tribute to history’s trademark funk-pop hallmarks, the lyrics of the 4:03 piece are about connecting with the heart of a desired woman. Soulfully delivered by Michael Dunston, the track’s engineering (Dennis Nieves, who also co-wrote the song), makes a brilliant stand for a composition method that’s now a rarity, where all of the musicians of the ensemble, collaboratively, are actually involved as arrangers to the track.

Nieves succeeded at creating a finished product of a rare balance and clarity, and a track that just hits the mark in the feelgood, move that body subgenre that just never goes out of style. It’s easy to recognize that signature ‘Crack of Dawn’ guitar work, the subtle and tasteful horn arrangements that support a strong melody, backed by a thick brick wall of a groove.

Originally discovered and signed to CBS records by Otis Redding’s producer, Crack of Dawn has developed a signature sound and groove that stands alone in a crowd of flavors of the month’s — a long lasting value, that presents both the finest elements of 70’s and 80’s era funky grooves and brassy vibes, but also the finest of what modern production can offer.

This proves it once and for all: the funk and the groove is in your soul, not in the tech you’re using to make it go round.

And “Gotta Find A Way” is yet another example.