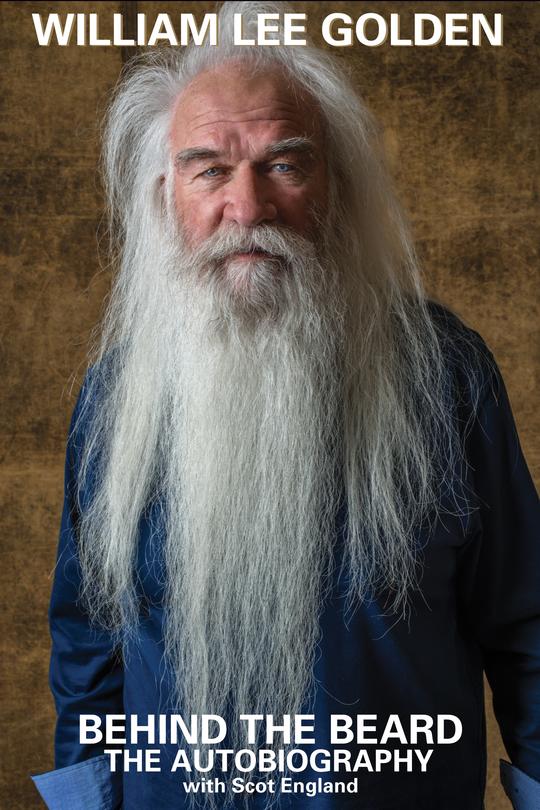 William Lee Golden, member of the GRAMMY Award-winning and Country Music Hall of Fame group, The Oak Ridge Boys, tells all with the release of his new autobiography titled ‘Behind the Beard,’ written with Scot England. The amusing, poignant, and brutally honest memoir takes readers on a journey from William Lee’s humble Alabama childhood and teenage roots to singing on stage with his favorite group, and all the shocking details in between that were certainly worth the wait.

“When you write your life story, and you decide to bare everything, it’s kind of scary. It feels a lot like getting naked…in front of the entire world. Now that I’ve committed to it, there is one thing going through my mind…if I was going to get naked in front of everyone, I probably shouldn’t have waited until I was 82 years old,” shares William Lee.

‘Behind the Beard’ not only takes readers on an exclusive look into William Lee’s vision of turning a gospel group into one of the biggest acts in country music history and stories of 50 years on the road with The Oak Ridge Boys, but dives deeper into personal hardships he faced throughout his life. William Lee divulges the real reason he was away from the group for nine years, his first wife’s one-of-a-kind reaction when she learned he had been unfaithful, and how he made his “Prodigal Son” return to the Oaks. He also addresses the burning questions about his iconic beard like, when and why he started growing it, and if he will ever cut it, with answers that might surprise you!

“William Lee Golden is a lot of different things to a lot of different people. But he is a person who knows who he is. He has dedicated his life to helping people. William is a man of integrity and honesty, and you will read his very honest words in this book,” shares Jim Halsey, Manager of The Oak Ridge Boys.

Fans will want to reserve their copy of ‘Behind the Beard,’ which includes over 200 rare, never-before-seen photos from William Lee’s personal collection, read about his past, and learn about his vision for the future with his family and The Oak Ridge Boys. Autographed copies, personally signed by William Lee, are also available and will ship as soon as he autographs yours!

To order ‘Behind The Beard,’ visit www.williamleegoldenbook.com or at Amazon.com.

Along with the launch of his autobiography, William Lee is involved in several other upcoming projects, including the release of The Oak Ridge Boys’ new album ‘Front Porch Singin’ on June 11, which is the group’s fourth collaboration with Grammy-winning producer Dave Cobb. William Lee is also working with his sons, ‘The Goldens,’ to release three new rock, country, and gospel albums.