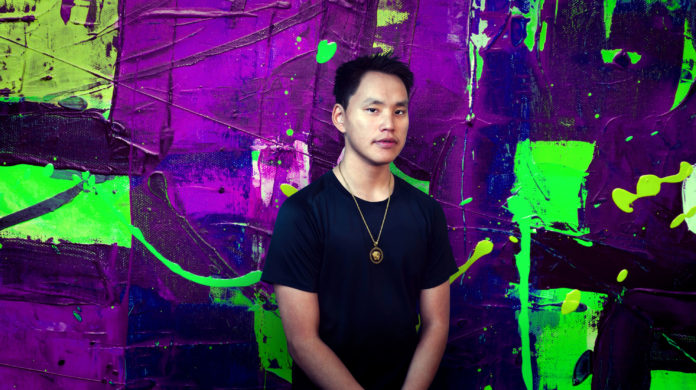 In September 2022, Jacob Okatsiak released “Fly High”, his first single leading up to the release of Inuugapta his 15-song debut album which is slated for release in early 2023.

“Fly High” is an homage to Okatsiak’s late friend who died in a tragic camping accident. The single’s artwork features a photo of his friend during a happy moment described in the song.

Much of the album was self-recorded in Okatsiak’s home studio, with virtual artistic and technical support from legendary Inuk rapper and producer, Hyper-T, as well as Sarah Elaine McLay and Thor Simonsen from the Iqaluit-based record label, Hitmakerz. The album was created with financial support from the Government of Nunavut.

Jacob Okatsiak is sometimes referred to as the “Drake of Nunavut” due to his ability to rap, sing, and perform just about any musical instrument. Jacob is authentic in his music, inviting listeners to share in his journey through the highs and lows of life.

Originally from Arviat, Nunavut – one of the creative centers of the Arctic territory – Okatsiak has been honing his musical skills since his late father first began teaching him piano at the age of 7. His love of music began with the gospel music that his father would play with him.

Since then, Okatsiak has continued improving his talents. In addition to playing piano, guitar, bass, harmonica, violin, drums, and accordion, he also sings, raps, makes beats, and even records and produces music for other Inuit artists.

Okatsiak has also been improving his knowledge of the music industry. In 2021, he traveled to Ottawa to begin working on his album alongside Hyper-T, as well as a host of other accomplished music industry veterans.

In addition to being a prolific songwriter and performing artist, Okatsiak is also deeply involved in his community. He is a Recreation Director, a devout Christian, and a promising athlete, having often represented his territory at national sporting events.

Inuugapta will include a variety of songs that explore life in the remote communities of Canada’s Arctic region. Okatsiak’s music covers the spectrum of human emotions, including love, loss, ambition, and joy.

In October 2022, Okatsiak will be performing at the new NUPOP showcase festival in Iqaluit. In November 2022, he will tour in communities across Nunavut with the Atii Angutiit men’s program

“Fly High” is now available on all streaming platforms. The full album, Inuugapta, is scheduled for release in early 2023.