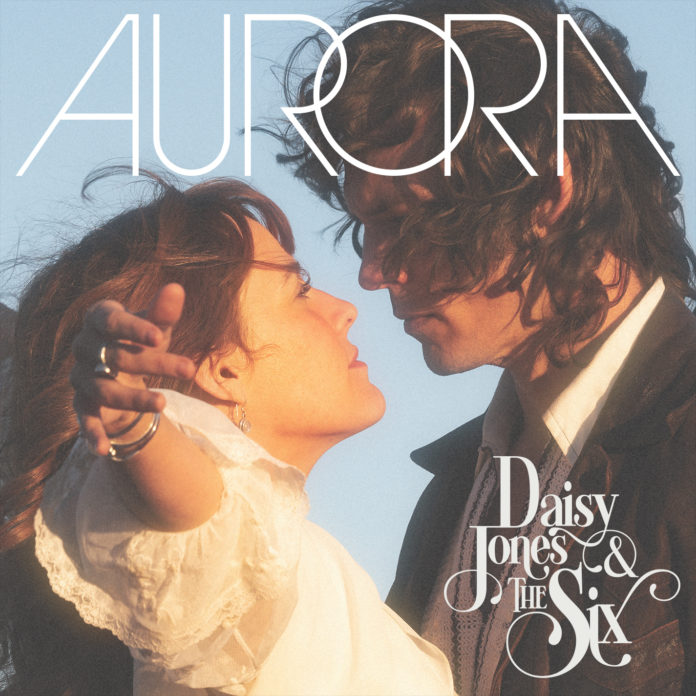 The highly-anticipated series arrives via Amazon Studios and Reese Witherspoon’s media company Hello Sunshine, who optioned Reid’s work in 2018 – before Daisy Jones & The Six ever even hit bookshelves. Upon the novel’s release in early 2019, it received coveted recognition as a ‘Reese’s Book Club Pick.’

Today’s release – “Regret Me” – is a title that readers will recognize immediately as one of the many emotionally-charged hits that characters Daisy Jones (Keough) and Billy Dunne (Claflin) co-wrote in the 1970s for Aurora and released via fictional label Ellemar Records. Viewers of the show will similarly recognize the Aurora album artwork as having been lifted directly from the limited series.

Now, in 2023, Aurora has been brought to life by the cast, with Keough in her role as Jones and Claflin, Waterhouse, Will Harrison, Josh Whitehouse and Sebastian Chacon rounding out The Six. The group became a band both on-screen and off – with some of the multi-hyphenates learning their character’s instrument for the very first time during production, and Keough and Claflin lending their vocals to each track.