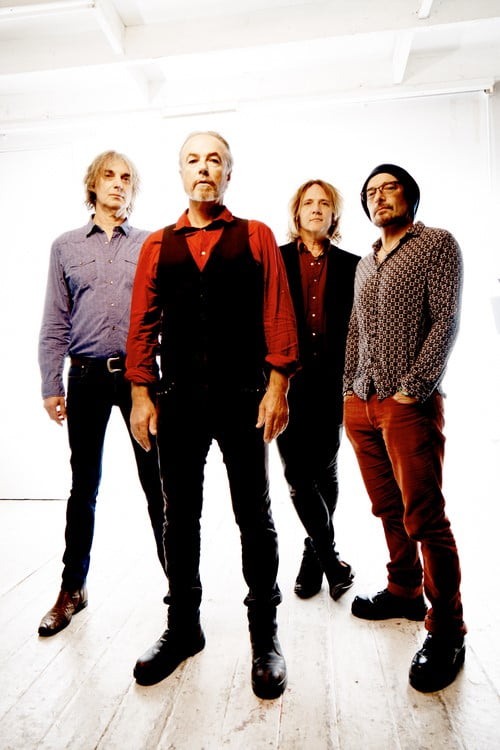 The Church will be celebrating their breakout album Starfish with a North American tour kicking off October 1st at the Chapel in Berkeley, California.

A ringing 12-string guitar introduction. A dreamlike lyric that seems to hold the cosmos in its hands. It’s still the most recognizable, covered and widely beloved song in the catalogue of a band that’s released a remarkable 26 albums.

The song is ‘Under The Milky Way’, from the church’s most successful album, the undisputed classic Starfish.

In 2018, the Australian paisley underground pioneers are enjoying a year of unique celebrations, which started with a sold-out appearance at the Meltdown Festival in London on the personal invitation of curator, The Cure’s Robert Smith, on June 15th.

Followed by a string of dates in the UK – including a sold-out fan convention in Shepherds Bush which saw the band perform their second album The Blurred Crusade in its entirety for the first time in that country – the church arrive in the US on September 30th for a month’s worth of shows, with a return early in 2019 planned to complete the US circuit. Joining the band onstage once again is ex-Remy Zero guitarist Jeffrey Cain who is also Kilbey’s partner in side project Isidore.

For these shows, Starfish will likewise be performed in its entirety, along with a selection of other gems from the band’s career, which now spans an incredible 38 years. The band will return briefly to the UK in late October as very special guests of Fields of the Nephilim, a band whose music displays similar spectral soundscapes and whose leader, Carl McCoy, remains a big fan of the band.

From there a flight home to a fast selling Starfish 30th Anniversary National Tour of homeland theaters in Australia awaits to conclude the year.

Starfish remains best known for its iconic singles Under The Milky Way and Reptile. But like all classic albums, it’s a journey – and it starts with Destination, the six-minute epic that opens the album. In between it takes you to all point of the compass: North, South, East and West.

The sound of Starfish is open and uncluttered. That was a change for the band after the dense orchestrations of the previous album, Heyday. All 10 songs are individually memorable, yet speak to one other, making for an entirely cohesive, satisfying listening experience.

From there, the list of hits, band and fan favourites is long. Myrhh, which leader Steve Kilbey described in his memoir Something Quite Peculiar as the definitive Church song. Ripple, from the masterful Priest=Aura. Almost anything from 1982’s The Blurred Crusade.

Expect songs from Hologram of Baal, itself celebrating its 20th anniversary. And, of course, there’s The Unguarded Moment, the single that launched the band onto world stages on its release on its release in 1981.

But this is not just a nostalgia trip. The Church have been revitalized since 2014 with the addition of guitarist Ian Haug, formerly of another iconic Australian band, Powderfinger. Haug’s first outing with the band was on the acclaimed Further/Deeper, which yielded a new dynamic set-closer, the infinitely psychedelic and earth shaking Miami.

Koppes goes on to sum up the band. “Music is like inner space and we’re astronauts,” he says. It’s a spellbinding thing, it’s hypnotizing. That’s why people like it. It takes them into another world and we’re here to open those doors.”

The Church’s strange journey remains an endless sea of possibilities. In 2018, it’s time for the band to celebrate one of their crowning glories, but always with an eye to the future. Further. Deeper. The Church truly are a rock band for the ages.