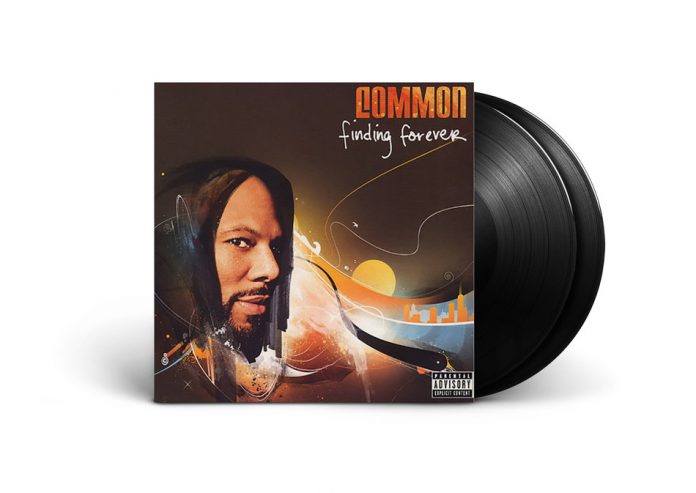 Common’s follow-up to his hugely popular Be album, Finding Forever saw most of the production helmed by Kanye West and was also a part of GOOD Music’s wildly ambitious rollout, becoming a vibrant chart-topper for Common in his mid-career phase. In the wake of Dilla’s passing, the overall feel and vibe of the album is colorfully soulful, a tribute of sorts to the legendary producer, according to Kanye West. In fact, “So Far To Go (featuring D’Angelo)” is actually credited to Dilla himself, as is the intro to “Southside.”

The album is a solid work by Common, whose rhymes are as thoughtful here as in previous recordings—introspective, fluid, detailed storytelling with aplomb. Chart-wise, the album was a success, selling 155,000 units in its first week and topping the Billboard 200 at number one. The album was critically acclaimed, with Spin magazine rating Finding Forever 9 out of 10 stars. Finding Forever was certified gold and nominated for three GRAMMY Awards, for Best Rap Album, Best Rap Performance by a Duo or Group, and Best Rap Solo Performance.

Major guest spots are also plentiful. “Start the Show” features Kanye West, while “Drivin’ Me Wild” has vocal additions from celebrated, affable chanteuse Lily Allen. While the release is a later Common project, it’s a tight effort with lyrical content that’s gritty and descriptive, and inventive, as well; relaxed when the textured, boom-bap production needs to breathe. Finding Forever is a star-studded, production-fueled, later-in-the game triumph for the Chicago rap veteran.